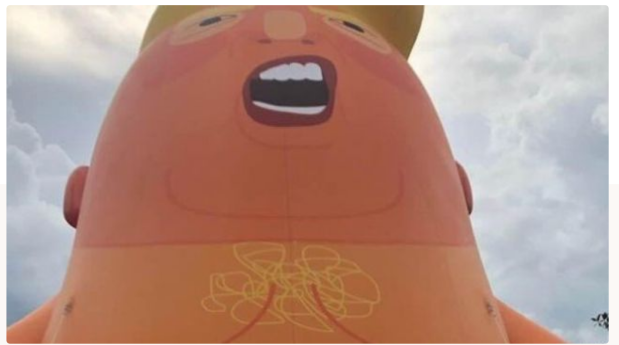 Florida Democrats are unrolling a tongue-in-cheek “welcome mat” with a notorious prop to greet President Donald Trump at his “homecoming” rally in Broward County next week.

Trump in late September became a full-time #FloridaMan, after he and First Lady Melania Trump officially “relocated” to the Sunshine State, where the president had already planted a “Winter White House” flag on his Mar-a-Lago residence in Palm Beach.

The “Keep America Great” rally will take place Tuesday at the BB&T Center in Sunrise, according to an announcement issued by the president’s campaign earlier this month.

The Florida Democratic Party, meanwhile, has launched a gofoundme account to raise moolah to bring the notorious balloon to Miami to meet the prez.

Here’s a few of the comments from some of the folks who’ve thrown down:

Another $10 contributor said “Trump must be defeated – and humiliated in the process is fine too.”