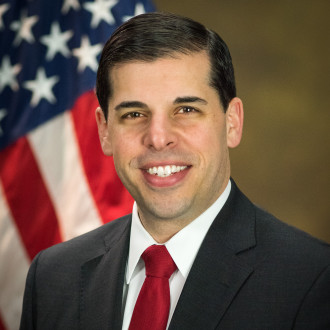 Jesse Panuccio, a Federalist Society sweetheart who was the third-highest official in the U.S. Department of Justice, is going to work for Boies Schiller Flexner LLP in Florida and D.C., the law firm announced last week.

Panuccio served as former Florida Gov. Rick Scott’s general counsel and headed the state Department of Economic Opportunity before going to work for President Donald Trump’s administration in the DOJ.

Now Panuccio, a Harvard Law School grad, now is joining a law firm headed by one of the Democrats’ most prominent attorneys, David Boies, who, among other things, represented former Vice President Al Gore in Florida’s protracted 2000 recount.

“We are very pleased to welcome Jesse to the firm and excited for our clients to benefit from his wealth of knowledge and expertise working in the highest levels of federal and state governments,” BSF Chairman David Boies said in a prepared statement Friday. “Jesse’s unique background in high-stakes litigation, appeals, and crisis management will complement our firm’s leading practice in these areas. He is an exceptional litigator and we are excited to add him to our teams in Washington and Florida.”

Panuccio will focus on “high-stakes litigation and appeals, regulatory counseling, enforcement defense and crisis management,” according to the press release.

“Having spent the majority of my career navigating high-stakes legal matters, I am delighted to be joining Boies Schiller Flexner, which is well known for its work on bet-the-company issues. I’m thrilled to join this team of all-star litigators and crisis managers, and I look forward to helping the firm grow its federal and Florida practices,” Panuccio said in the release.