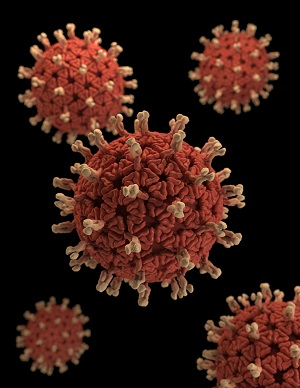 Here’s what she had to say in an email last night:

Under Governor DeSantis’ leadership, Florida’s response to the COVID-19 pandemic has been measured, targeted, and focused on spearheading policies that protect the safety, health and well-being of Floridians during this global pandemic.

* During this global pandemic, Governor DeSantis is in continuous communications with mayors across the state, particularly in the areas of greatest impact such as south Florida.  For example, the four mayors of Miami Dade, Broward, Palm Beach and Monroe are in obvious coordination with the Governor in announcing an integrated approach to sheltering-in-place.  In Broward County, Governor DeSantis worked in conjunction with Memorial Health Care System and the Florida National Guard to set up a drive-through testing site where individuals are tested free of charge. This week, Governor DeSantis was in Miami Beach with Mayor Dan Gelber to support the conversion of the Miami Beach Convention Center into a makeshift hospital which can hold 450 beds, including 50 for ICU.  The mobile testing sites that are set up in coordinating with the Florida National Guard is an outcome of working with local officials, hospitals, DEM, and DOH to provide the necessary resources for testing.  Currently, Florida has tested 1 out of 155 residents.  S. Korea which is touted as the model to follow tested 1 out of 200.

* The Governor’s administration is working around the clock to ensure supplies are available, the data is being collected and the needs of the community are met. If you review his public schedule, we have included a file from March 1, you will see his calls and meetings with local, state and national leaders in both the public and private sector.  In addition, since March 1, when the Governor issued Executive Order 20-51 directing the Florida Department of Health to issue a Public Health Emergency, he has held 36 press briefings and gaggles which is 6 briefings per week in less than 6 weeks.

* Secretary Mayhew, and Surgeon General Rivkees have enormous responsibilities handling this public health crisis and their communications directors are handling all inquiries and answering media questions daily.  Secretary Mayhew and her team have visited more than 1000 nursing homes and assisted living facilities to ensure that they are following the proper protocols and to assess needs given the corona virus. AHCA has also made over 2,000 phone calls to provide technical assistance to facilities. Surgeon General Rivkees is on daily calls with hospital associations, long-term care associations, businesses, education partners, county health departments in addition to calls with local and state leaders.

*Department of Emergency Manager Director Moskowitz is directing the largest logistics operations in state history which includes coordinating the shipment of the following to date:

*The Governor and his senior management team are in continuous contact with leaders from across the state including mayors, law enforcement, hospital and healthcare professionals, business leaders, faith-based leaders, port directors, educators, and military leadership.  His leadership that has enjoined efforts of the public and private sector to work together within their communities.  FedEx, for example, answered the Governor’s call to use their resources to print, mail, free of charge, applications for unemployment assistance. Local leaders throughout the state have been supported by the Governor, his office, DEM, DOH, AHCA, DOE, DCF ADP, FLHSMV, FDOC and DEP, to name a few.

*Local authorities are invaluable partners in mitigating the spread of this virus.  The Governor has limited the movements of individuals which is not in conflict with local authorities’ ability to adopt requirements directly on businesses or venues that may be stricter than the Governor’s Executive Order. This continuous partnership between local and state officials is helping to provide necessary information to help direct additional services and supplies to areas of greater need.

*Floridians have been by-and-large responsible in abiding by the strict rules for social distancing, teleworking wherever possible and staying at home.  Thousands of parents are assisting their children with virtual school as families have altered their daily behavior.  These are sacrifices that are made for the health and safety of individuals, families and communities, especially our elderly who are the most vulnerable.  Governor DeSantis was one of the first to suspended visitations to nursing homes, assisted living facilities and residences for the elderly.

*Florida has been at the forefront of the timely and transparent dissemination of public health information related to COVID-19. The Florida Department of Health has developed a dashboard (Floridahealthcovid19.gov) that includes COVID-19 positive cases by county, zip code, age, gender, ethnicity, deaths, number of persons tested, hospital and ICU bed availability and percentage of positive cases.  This data is helping determine where resources need to be used to support the health and well-being of residents.  In addition to the dashboard, the state issues a twice daily email alert to ensure the public are aware of the latest available information available online.

*Without a doubt, travel has been a critical factor in spreading COVID-19.  The community spread in New York presents a grave concern for Florida with travel as is the case with other states, such as Louisiana where New Orleans has also seen an alarming increase in numbers of COVID-19 positive patients. Impeding flights to Florida are not within state jurisdiction but those who do come into our state are mandated to self-isolate for 14 days. Those who fly into the main airport of Florida are greeted by the Florida National Guard who ask them to fill out forms for tracking.  FBO’s are also included.  Last week, a charter flight from Teterboro, NJ flew into a small airport in Kissimmee with 11 passengers onboard.  The local DOH office was contacted and sent the Governor’s Executive Order and forms to fill out.  Local law enforcement met the aircraft and ensured all forms were completed.  The procedure is working well and is being emulated by other states. Please see the chart that shows the screening forms collected by airports as of 4/8/2020 which shows nearly 16,000 forms of travelers.  Many are couples traveling together, that would mean approximately 32,000 arriving from areas of community spread.

*A one-size-fits-all solution is not effective in Florida, a large and diverse state, which is why Governor DeSantis has been focused on targeted policies supporting local municipal efforts to contain the spread of COVID-19.  For example, Miami Dade County has 5,354 cases, which requires an intense public health response. However, for the 24 less densely populated Florida counties that have 20 or fewer COVID-19 positive cases, such a response would not be in the best interest of local communities.  Not all environments are the same.

Those critical of Florida’s data-driven approach to mitigate and repel COVID-19 perhaps do not understand the science, respect local leaders’ ability to make appropriate decisions for their communities or are using this crisis for political purposes. Regardless, Florida is prepared for the challenges that may await.

In a lengthy email sent late Thursday night, Gov. Ron DeSantis’ comms director, Helen Ferré, provided a detailed description of the actions the governor has taken since March 1 to address the pandemic.

The list went on to include numerous other efforts.

“Those critical of Florida’s data-driven approach to mitigate and repel COVID-19 perhaps do not understand the science, respect local leaders’ ability to make appropriate decisions for their communities or are using this crisis for political purposes. Regardless, Florida is prepared for the challenges that may await,” Ferré said in the email.

Gov. Ron DeSantis’ legal team is working around-the-clock as the state struggles to contain the spread of COVID-19, the respiratory disease caused by the novel coronavirus.

They’re so harried that they don’t want to be bothered by a pesky lawsuit over whether the governor should shut down Florida shoreline.

The Republican governor eventually issued a “safer-at-home” order, but has refused to shut down beaches statewide, for the most part leaving that decision in the hands of local officials.

Leon County Circuit Judge Kevin Carroll dismissed Uhlfelder’s complaint on Tuesday, but encouraged the lawyer to file an appeal, “because I do think this is a matter of importance.”

Primrose e-mailed Uhlfelder Wednesday afternoon, asking if he had time “to speak about your indication that you will appeal.”

Uhlfelder told The News Service of Florida he expected the governor’s attorney to discuss a settlement about the beach closures.

Instead, Uhlfelder said Primrose tried to convince him to drop his appeal, which he had not yet filed.

Uhlfelder told Primrose that he was moving forward with the appeal.

“He said he wanted me to not appeal, that they would be seeking sanctions,” such as attorney’s fees, Uhlfelder said in telephone interview.

“He said people have told him to file a (Florida) Bar complaint, but he’s not going to do it,” he added.

“The point of the call, it was a threat. It was a threat,” Uhlfelder said. “I’ve been doing this for 25 years. I know when somebody’s threatening me. He was trying to bully.”

But Daniel Nordby, who served as general counsel for former Gov. Rick Scott, told Truth or Dara that he didn’t think Primrose’s comments could be considered threats.

“I think it would be difficult to characterize anything like that as bullying,” Nordby said.

“This is a publicity stunt masquerading as a lawsuit. I’m not surprised that the trial court threw out the case, and left these decisions to the executive branch,” Nordby said.

Uhlfelder said Primrose told him “the governor’s not going to close the beaches because he wants people to be able to walk on the beach.”

The Walton County lawyer said allies of the governor “have bullied me and threatened me and called me names” in text messages, emails and phone calls since he filed the lawsuit late last month.

But Primrose’s call was the first time anyone directly working for the governor tried to intimidate him, according to Uhlfelder.

Uhlfelder said Primrose told him that his lawsuit was taking “a lot of time and resources” away from the governor’s legal team’s handling of the COVID-19 situation.

“I said, ‘If you want to take care of the COVID situation, why don’t you close the beaches and get this under control?’ ” Uhlfelder said.

DeSantis’ office did not provide a response, when asked whether Primrose tried to intimidate Uhlfelder into dropping the appeal.

But Uhlfelder, who called the statewide shut-down of beaches “a matter of life and death,” said he isn’t backing down.

“They picked the wrong person to bully,” he said.

“They picked the wrong person to bully,” he said.